"Why I Would Consider Renouncing US Citizenship For Tax Reasons (It’s Not What You Think)" http://t.co/eRKXp9qY53 @RachelMillios

The above tweet references an interesting article by Rachel Millios. Rachel is an Enrolled Agent with competence in managing the tax requirements of Americans abroad. She has had an interesting career – including a stint in Iraq with the U.S. military. What I find particularly interesting about her post is that she is NOT a U.S. citizen abroad. She is a “Homelander”.
Her insightful post (I have highlighted parts of particular interest) includes:
END_OF_DOCUMENT_TOKEN_TO_BE_REPLACED 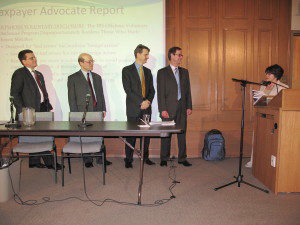