Prologue – The “Take Away” And Summary For Americans Abroad

The general message is contained in the above twitter thread. Americans abroad are likely to have financial involvements with a number of different kinds of “entities” that are “local” to them and “foreign to the United States. Examples may include: pension plans, tax advantaged savings plans, small business corporations and more. The descriptive title of these “entities” is irrelevant to their classification under US tax rules. What an individual understands to be a foundation, trust, corporation, pension or anything else could be classified under US tax rules in in a number of different (and unexpected) ways. The US classification for tax purposes will be determined by the “facts and circumstances” and characteristics of the entity. Furthermore, the classification will determine BOTH (1) how the entity is subject to US taxation and (2) the specific reporting requirements (and potential penalties) that apply to that entity.

(It is important for Americans abroad to understand the risk that income earned by the “foreign to the US” corporation or trust (but local to them) may be deemed to have been earned by the individual. This may be true even when that income has not been received by the individual. This is the consequence of Subpart F, GILTI and the Grantor trust rules. These specific topics will be left for separate posts.)

END_OF_DOCUMENT_TOKEN_TO_BE_REPLACED 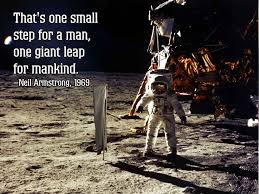 END_OF_DOCUMENT_TOKEN_TO_BE_REPLACED

There is evidence from both tax practitioners and from individuals that Americans abroad are suffering from a “Form 3520A” penalty epidemic. Some of the best discussion of both the scope and technicalities of this problem may be found at Tax Connections. See particularly the posts here, here and here. (Mr. Carter’s original post was also reproduced at American Expat Finance.) The posts have attracted commentary from a number of tax professionals. The IRS Taxpayer Advocate has been invited to intervene.

END_OF_DOCUMENT_TOKEN_TO_BE_REPLACED

Article XVIII of the Canada U.S. Tax Treaty Continued – The question of the TFSA

In a previous post I discussed how a U.S. citizen moving to Canada with an existing ROTH will be treated under the Canada U.S. Tax treaty.

First, to argue that the the TFSA should be treated as a “pension” within the meaning of Article XVIII of the Canada U.S. Tax Treaty; and

Second, to argue that the 5th protocol (which clarifies that the ROTH IRA) is a pension within the meaning of the Canada U.S. Tax Treaty means that the Canadian TFSA has the same status.

This will be developed in three parts:

Part A – How the Canada U.S. Tax Treaty affects U.S. Taxation of the Canadian TFSA

Part B- Wait just a minute! I heard that the “Savings Clause” means that the treaty would not apply to U.S. citizens?