The purpose of this post is to “slice and dice” what those reporting obligations are.

The rules governing information reporting when one relinquishes U.S. citizenship are found in Internal Revenue Code 6039G. They impose reporting obligations on “some” individual relinquishers (“covered expatriates”), the State Department whenever a Certificate of Loss Of Nationality has been issued and on U.S. Treasury. (I will comment separately on the situation of Green Card holders at the end of this post.) Most of this is summarized in the following two tweets. But, because this is so confused, I am going to take the time to parse the statute.

It’s all in Internal Revenue Code – 6039G Note that Section 6039G is found in Subtitle F which is the – “Procedure and Administration” – part of the Internal Revenue Code. In other words, it deals only with information reporting. It does NOT impose taxation. Interestingly, Section 6039G imposes reporting requirements on individuals, the State Department, U.S. Treasury (and in the case of Green Card holders) the Immigration authorities.

That pretty much sums it up. For those who want to understand the analysis …

END_OF_DOCUMENT_TOKEN_TO_BE_REPLACED

Don't leave home without it! But, if you have lost it: How to replace a lost United States Certificate of Loss of Nationality – "CLN" https://t.co/Owq0KmCmxf pic.twitter.com/A3L1TSbn1J

I have been asked this question before and at the time was unable to answer. Since, I have found the answer I wanted to “store the answer” in a post. Surely, this must affect a lot of people.

1. Here is the link (as of today’s date) that explains how to replace a Certificate of Loss Of Nationality.

2. Note that Certificates Of Loss Of Nationality are found under “Passport Records”.

3. In case the link is changed, here is specifically what it says:

END_OF_DOCUMENT_TOKEN_TO_BE_REPLACED

The way a country defines @taxresidency is first a moral issue and second a revenue issue. Yes, this even applies to US @citizenshiptax. – "Revenue Neutrality And A Move To Residence-based Taxation: Open Letter To Democrats Abroad" https://t.co/QQiflBDaHx via @taxconnections

The automatic exchange of information under FATCA and the CRS have defined tax administration in the 21st Century. At the risk of over generalization:

Collectively, FATCA and CRS are referred to as AEOI. There have been and continue to be challenges to both CRS and FATCA. These challenges have arisen in different countries and are based on FATCA and CRS violating the laws/constitutions of those countries.

Basis of lawsuit: Primarily based on the claim that FATCA violates various U.S. constitutional provisions (including 4th Amendment – unreasonable search and seizure).

Status: Dismissed in the U.S.Courts because the plaintiffs lacked standing. None of the issues were ever argued on the merits.

Basis of lawsuit: The plaintiffs argued that FATCA infringes the privacy rights of Accidental Americans and the the FATCA IGA could not be sustained because of a lack of U.S. reciprocity. Note that this case introduces the notion of “privacy rights” directly into the argument.

Basis of lawsuit: The U.S., Canadian and French lawsuits were primarily based on violations of entrenched constitutional rights. This U.K. based lawsuit is based on the claim that because the FATCA demands are disproportionate that FATCA conflicts with the (relatively) new GDPR. The GDPR has given the U.K. plaintiffs an avenue of attack that has not been available in the U.S. or Canadian FATCA lawsuits.

Status: In the process of being funded.

(Some Holiday Season wisdom sent to me from an anonymous source) 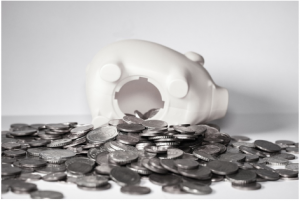 Meet one of the most fascinating anomalies of our time, the accidental American. That is to say, folks who were born in the United States but who were not raised there. Whether you identify as an American or not, Uncle Sam is itching to take your money. Here’s what you need to know about being an accidental American, apologies in advance for the inconvenience.

Breaking it Down, Prepare to be Outraged, You Should Be

You might want to brace yourself for the inevitable frustration that will ensue. Picture this, you’ve lived in Spain for most of your life and were born in the United States. You’re about to retire and are getting excited about getting the chance to wind down, relax, and spend more time with your family. Unfortunately, Uncle Sam sees your retirement as his cue to come knocking on your door demanding money.

Uncle Sam Wants to Turn Your Life Savings Into Back Taxes

The money that you worked the better years of your life to accumulate is something to be proud of as a productive citizen. Uncle Sam, less affectionately known as the IRS, is determined to drain your life savings. The U.S. government will tell you that you owe money to them for back taxes. Any rational mind will readily surmise that these claims and demands are as fanciful as they are unfair.

We aren’t talking about a few hundred Euros here. You could easily owe tens of thousands of dollars to the U.S. government for no reason other than having been born in the United States of America.

Unfortunately for all of us retired accidental Americans, Uncle Sam couldn’t care less over the reasoning. The cold hard fact is that America is a business. President Calvin Coolidge spoke some of the most honest words ever uttered by a politician when he said, “The business of America is, business.” That’s it plain and simple. When Uncle Sam comes gunning for your savings, don’t ask him why he’s doing it, it’s just business.

You Are Not Alone

As an accidental American, you are not alone. There are thousands of people who are suffering from the same injustices. Through arrogance, greed, delirium, or all three, the U.S. government is helping itself to the savings of people around the world.

The IRS is an ever-hungry machine that is intent on strangling every red cent out of people that it possibly can. Given the lofty powers awarded to it by way of the U.S. government, they can be a scary bunch. However, staying informed on the monstrous policies that you’re unfairly expected to comply with is always a good idea. The U.S. government has deliberately made it as difficult and as painful as possible to preserve your savings from the ravages of Uncle Sam’s insatiable fiscal desires.

Over the years, governments have been driven to squeeze citizens of their savings. Some governments are fair when it comes to this. The disturbingly innovative voraciousness of the U.S. government’s mechanisms for sucking money out of its citizens is highly concerning. Of course, that voraciousness extends to accidental citizens around the world.

It’s always advisable to stay informed on these matters so that you can at least anticipate the damage before it hits you. Unfortunately all staying informed is going to do is let you know what to expect and be a bit proactive about it. The policies themselves aren’t changing and they have shown no signs of doing so any time soon. Why should they? The U.S. government is making a killing by raking in all of that money from accidental Americans.

Skimming from their life savings is a cash cow that will be hard for Uncle Sam to give up. That’s why you should be upset. The IRS is actively targeting your life savings and will use unrelenting bureaucratic forces to get a chunk of it. You have a right to be upset, no one should have to dole out so much of their hard earned money because of a fanciful design in policy.

(Some Holiday Season wisdom from an anonymous source)

It's just become a lot easier for many #Americansabroad wishing to commit #citizide, but who are worried about tax compliance issues: "IRS Relief Procedures For Former Citizens Update – Relief For Former Green Card Holders Coming!" https://t.co/Ttu1k9Yply via @expatriationlaw

On December 17, 2019 Gary Carter published a post on Tax Connections, which outlined the “Options Available For U.S. Taxpayers With Undisclosed Foreign Financial Assets“. It contained an excellent overview and analysis which included a discussion of the IRS definition of “non-willfulness” under the Streamlined Program. In commenting on the definiton of “non-willful” he noted that:

The IRS definition of non-willful covers a lot of territory. Negligence, for example, includes “any failure to make a reasonable attempt to comply with the provisions of the Code” (IRC Sec. 6662(c)) or “to exercise ordinary and reasonable care in the preparation of a tax return” (Reg. Sec. 1.6662-3(b)(1)). Further, “negligence is a lack of due care in failing to do what a reasonable and ordinarily prudent person would have done under the particular circumstances.” (Kelly, Paul J., (1970) TC Memo 1970-250). The court also stated that a person may be guilty of negligence even though he is not guilty of bad faith. So the fact that you ignored the FBAR filing requirements for many years, and failed to report your foreign income, might be negligent behavior, but it’s probably not willful. That means you likely qualify for one of the new streamlined procedures. On the other hand, if you loaded piles of cash into a suitcase and lugged it over to Switzerland to conceal it from the IRS, you don’t qualify, because that is willful conduct. If you believe your behavior may have been willful under these guidelines, consult with an attorney before submitting returns through one of the streamlined procedures. We work with attorneys who are experts in this field and we would be happy to provide a referral, free of charge or obligation.

Notably, the definition of “non-willfulness” for the Streamlined Program is the same as the definition for the new “IRS Relief For Former Citizens Program”.

The program was announced on September 6, 2019.